Do They Hold Water?
curatorial essay for Stephanie Patsula's solo exhibition This is a round river and we are her fish who become water, at Parallel Space, Edmonton, Alberta, summer 2019 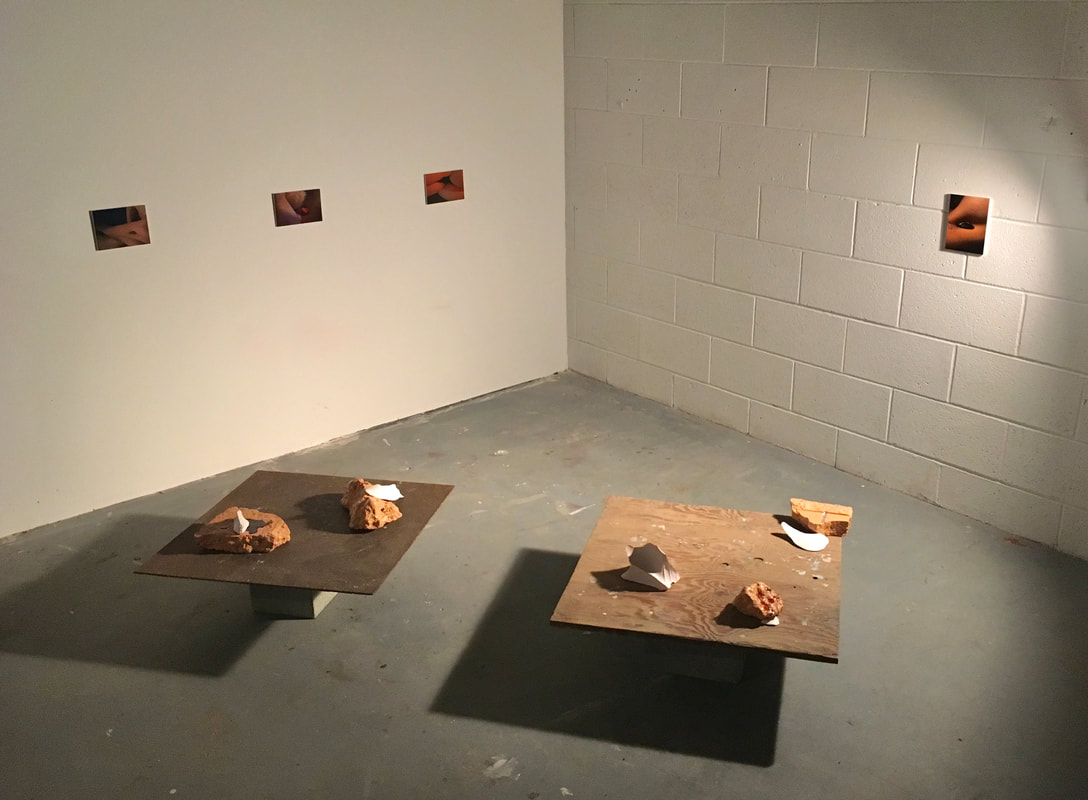 Do They Hold Water?

I am writing from an ever increasing distance in the past, before you are reading, and before the exhibit you are looking at (or remembering, or imagining…). I am writing before works have been placed; I am unsure right now if all of the works to be exhibited have been created yet. You are looking at or thinking about works by Stephanie Patsula, and I am thinking about them too, only in theory.

Some things I am thinking are as follows:

The year is 2015 CE. While swimming during the month’s high tide in the Atlantic, I was overwhelmed by a school of jellyfish, all swimming toward the shore. As the tide went out, they were left stranded on the sand. I began turning several of them around, pointing their mindless locomotion back toward the open ocean, not knowing if this would help them any, and acknowledging almost instantly the pathetic nature of this stand against the power of the moon and waves in a world growing more full of jellyfish with every ounce of carbon burned.

The year is 450 BCE. In Zeno of Elea’s paradox of the arrow, it is proposed that were time broken into infinitely thin sections within a span, during each moment no movement would occur—and if at any moment all things are still, then motion cannot exist. If a performance is only ever an uncountable series of infrathin pauses, we might come to see every performance as an infinite series of documents, or see each document as a new performance.

The year is 1977 CE. Mere months before NASA launched Voyager I and II into deep space, officials of the space agency asked cosmologist Carl Sagan to assemble a message from humanity to accompany the probes should, despite infinitesimal odds, they be found by an extraterrestrial civilization. Sagan and his team quickly set about defining the sounds of earth, to be etched into the grooves of a gold-plated copper record; a Noah’s Ark of collective terrestrial culture.
The last track to be recorded was an EEG—the recording of human brain waves. Ann Druyan, creative director of the project, was selected to undergo the EEG, and prepared a script to think through over the course of an hour long recording, should such a document ever prove translatable to humans or aliens. Then, two days before the session, Druyan and Sagan professed their feelings for each other, and were engaged; the one minute of brainwaves recorded on the record became the neural transmissions of a woman in love. Druyan produced a romantic stance against the thought that all things are lost over distance, media, and time, instead actively questioning what it means to make a decipherable document, and, if not, what meaning can is made within the elisions?

The year is 2019 CE. It is summer in Edmonton, when, for several weeks, the sun never descends far enough for evenings to exit nautical twilight into proper nighttime. Stephanie Patsula has been asking people to join her at Parallel Space, to fill the crevices of their bodies with water. Formed by the bending and arching and contortion of bodies, the documents of these fleeting pools are issued against the inevitability of their loss. We sit with these images of bodies holding water that they no longer do—they move and the water spills, they stay still and it evaporates, leaving only invisible reticulations along the skin by way of goodbye. What grows—even flourishes—in the tide pools of clouded water and metaphor left behind by these actions? Does what is most important lie in the what is called up in the unspoken and unseen, rather than in what is witnessed directly?

More images of Stephanie Patsula's work from this exhibit can be found on her website.